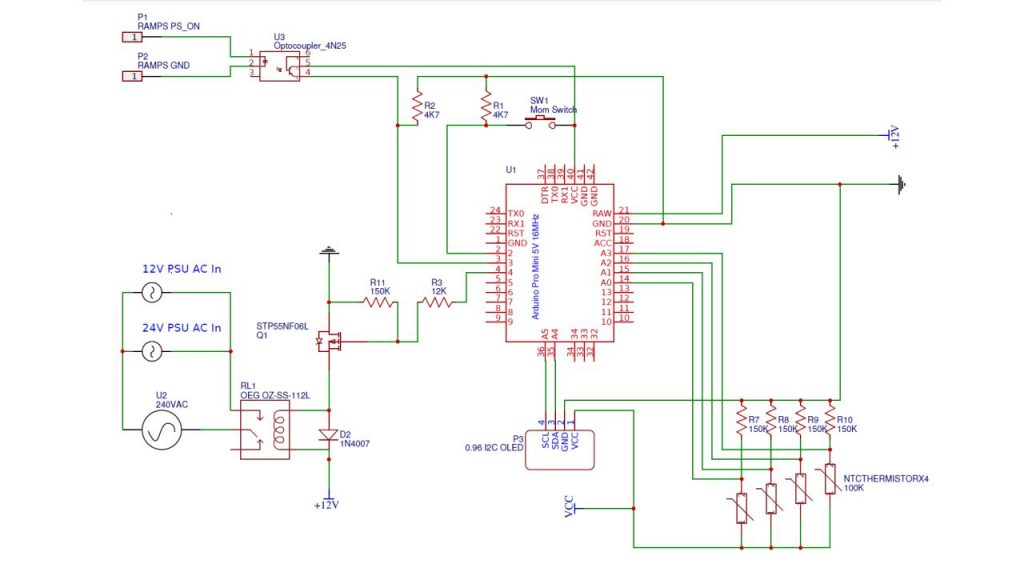 Bit of a monster video, for me, at nearly an hour. It is compacted as much as possible but there is a lot to fit in!

You can use these links to jump to specific steps in the video:-

I power on the printer for the first time and set up the Limit Switches, Axis Movement, End Stops, Bed Extents, Bed Levelling, Z Probe/Bed Sensor and do the Extruder Calibration!

I spent quite some time going through the Marlin documentation to see what each possible configuration instruction could do. I had already done a very basic run through of the Configuration.h file in this video/post but now it was time to get it spot on.

One side benefit of the exercise is that I can see I will need to change the way I mount the heated bed. Most importantly the nyloc nuts sitting on top reduce the Y axis extents by nearly 25%!!!!. But secondly the ply wood under the bed allows the nuts to squash the edges down too much, resulting in the opposite bed bend to that I had before! Still, good enough for a first print 😉

So before getting all carried away and wiring in the Arduino and RAMPS I thought it might be a good idea to make sure the Arduino actually works!

As I already work with Arduinos, I have the Arduino IDE installed. If you don’t you can go and grab it from here.

I uploaded a simple blinky sketch and all looks good so I also create a short sketch to wipe all data, if any, lurking in the EEPROM. Just in case it later confuses Marlin.

After downloading the latest version of Marlin I spent quite some time going through the configuration.h sketch file making some basic changes for an initial start up. If anyone is interested in a copy of that, you can download it here. (You might want to change it so my name doesn’t show up on your printer’s LCD all the time!!)

There are a lot of resources on the internet for the configuration of Marlin, here are the main ones I used:-

I double checked to make sure I still had the u8glib library installed in the IDE, which I did, but if you don’t you can get it here or install via the Library manager.

After I was somewhat sure the firmware config was about right for an initial startup, I compiled it and uploaded it to the Mega clone. All seemed good!!!